Here is a new activity in the business English section of Road to Grammar. It features ten sets of ten words or phrases (100 in total) relat... 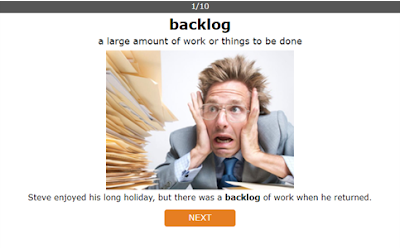