RoadToGrammar now has PDF downloads for each quiz

Each quiz now comes with a PDF version (for teachers to download and distribute to their students). Each PDF includes an answer key.

To see an example: http://roadtogrammar.com/dl/hc/q1.pdf

Have you ever heard of the TED talks?

They are something like an 'Open University' concept of 10 - 20 minute videos for you to learn about something from an expert in the field. They are known for their excellent quality.

Some bright spark has set up a site called ESL TED Talks (http://esltedtalks.blogspot.com/). This site features TED videos and an accompanying ESL worksheet.

The History of English in 10 Minutes

Here is an interesting link. It's a YouTube video playlist featuring ten one-minute videos by the Open University.

Altogether, they make up the 'ten-minute history or English'.

I've got a triple release for you today, original RoadToGrammar materials on uncountable nouns: an e-book, an e-learning module and an Android App, all free:

Here are some links that I have compiled recently that may be useful to ESL teachers:

Dig out unusual words from a text

A site that has audio recordings of tweets so that students can hear 'real language':

4 A business English lesson on Brazil's economy (with video)

5 An English lesson based around Justin Bieber (if you happen to have teenage girls in your class!)

http://www.famouspeoplelessons.com/j/justin_bieber.html
at May 27, 2011 No comments:

Here is a short list of words I compiled from Google searches on describing the stock market.

http://www.roadtogrammar.com/wordlists/list2.html
at May 26, 2011 No comments:

I'm going to start posting some word lists for ESL learners, beginning with this one:

This is a list of words and phrases connected to figurative language. I've always found that advanced learners have a lot of questions about these words. All definitions are from the open source dictionary (wiktionary.com). Please go ahead and use the list as you wish.
at May 23, 2011 No comments:

An interesting new phrase that has appeared in the last couple of years is 'Grammar Nazi'.

A Grammar Nazi is a person who enjoys pointing out mistakes that other people make when writing messages on the Internet. Ironically, most 'grammar nazis' focus on spelling mistakes rather than grammar mistakes. For example, many people mistakenly spell 'grammar' with an 'e' (grammer).

When the phrase Grammar Nazi first appeared, it was always used as an insult - 'Don't be a grammar nazi!' However, more recently, people are proud to be grammar nazis. Just search for the hashtag #grammarnazi on Twitter (or click here) and you'll see what I mean.

Is RoadToGrammar run by a Grammar Nazi?

No, I'm happy to say. I have always maintained that good grammar is a tool for ESL learners. If your grammar isn't perfect, you should just do your best to communicate. I'm also not in favour of teachers who spend too much time teaching grammar. That's one reason why I made this site, so that learners can practise grammar outside the class and focus on conversation practice inside the class.

I do wish Americans had better spelling skills, though!
at April 03, 2011 No comments:

Linking Directly to a Quiz

Road To Grammar is a Flash-based website, meaning that to navigate you don't need to go from one webpage to another. You'll notice that the URL at the top of the page is www.roadtogrammar.com, no matter which quiz you are doing. Hopefully, this makes the site faster and easier to use.
Now, what about a situation where you want to ask your students to do Quiz #3, for example. You don't want to have to tell them to go to roadtogrammar.com and then click on quiz number 3. You want to give a direct link.
Simple. Just give them this link: www.roadtogrammar.com?3 to go directly to quiz 3. To go directly to any quiz, just add a question mark and the quiz number after the URL.
at February 03, 2011 No comments:

I recently found this excellent site:
http://ninjawords.com/
Ninja Words claims to be 'A really fast dictionary... fast like a ninja.'
However, it's not the speed that is interesting, but the ability to generate word lists very quickly. Let's say that you want to get the definition of 'geography' but without using the search function, you can just type the following in the address bar:
http://ninjawords.com/geography
So far so good? Now to generate a list of definitions, we just need to add commas. Try this link:
http://ninjawords.com/geography,physics,algebra,anthropology,ethnology
So you could use this to generate a word list, copy, paste and print it out or pass the link on to students. Don't forget to use a service like http://bit.ly if you need to shorten it.
at January 18, 2011 No comments: 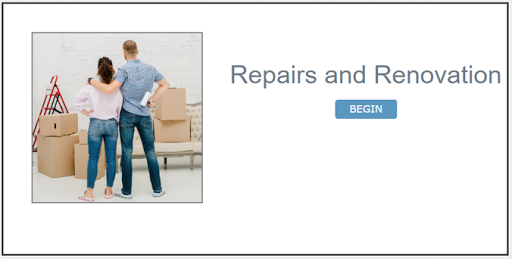