In fact, awful is closer to the original definition. Both words share the root word 'awe', which meant 'fear and terror'. Over time, influenced by biblical texts, 'awe' came to mean 'reverential fear' as in 'the fear of God' and then later took the meaning that we associate with it today - a sense of wonder or shock. It still retains something of its old meaning; American bombing campaigns in Iraq were said to cause 'shock and awe'.

So hundreds of years ago, awful and awesome meant the same thing. As the use of the root word awe changed, awesome came to mean excellent, while awful retained the original meaning.

It's another example of how a word can eventually come to mean the opposite.
at November 19, 2006 No comments: Links to this post

Microlesson: Words Ending in Away

This week's microlesson covers a list of words that end in -AWAY. These words are: castaway stowaway runaway faraway giveaway t... 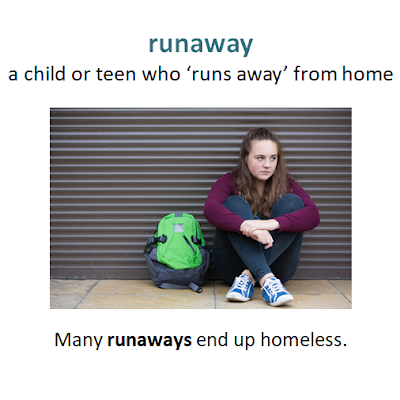